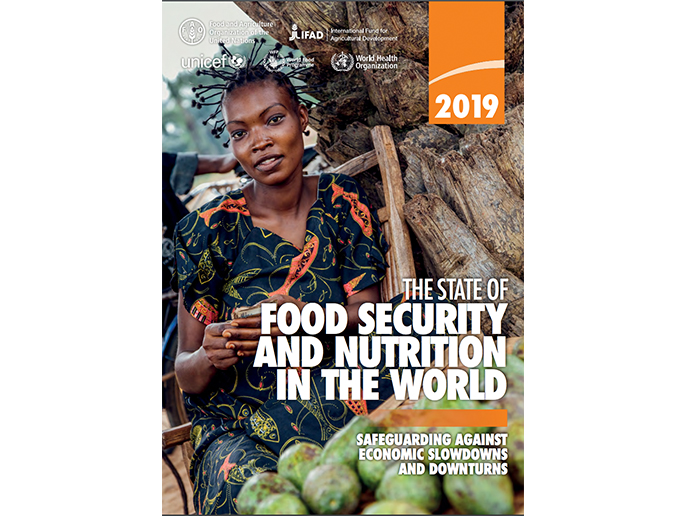 Foreword FAO Report „The State of Food Security and Nutrition in the World 2019“ (Excerpt): The 2030 Agenda for Sustainable Development puts forward a transformational vision recognizing that our world is changing, bringing with it new challenges that must be overcome if we are to live in a world without hunger, food insecurity and malnutrition in any of its forms.

The world population has grown steadily, with most people now living in urban areas. Technology has evolved at a dizzying pace, while the economy has become increasingly interconnected and globalized. Many countries, however, have not witnessed sustained growth as part of this new economy.

The world economy as a whole is not growing as much as expected. Conflict and instability have increased and become more intractable, spurring greater population displacement. Climate change and increasing climate variability and extremes are affecting agricultural productivity, food production and natural resources, with impacts on food systems and rural livelihoods, including a decline in the number of farmers. All of this has led to major shifts in the way in which food is produced, distributed and consumed worldwide – and to new food security, nutrition and health challenges.

This is the third year that we have jointly produced „The State of Food Security and Nutrition in the World„. It reaffirms our commitment to working together to overcome these emerging challenges and free the world from hunger, food insecurity and malnutrition.

Download full FAO report „The State of Food Security and Nutrition in the World“ here.