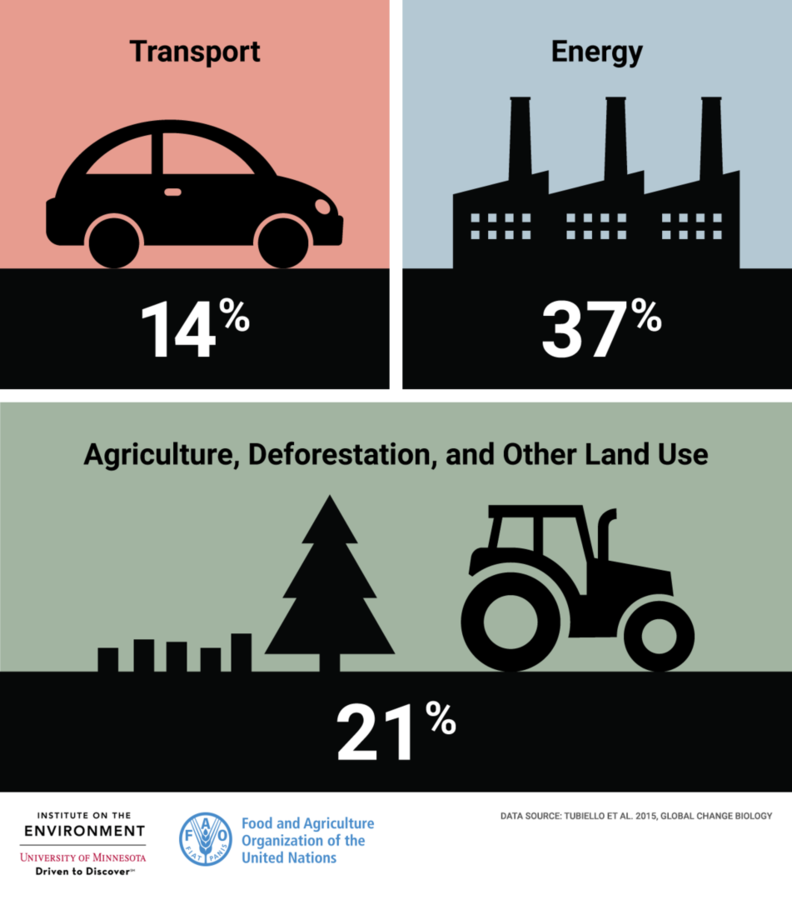 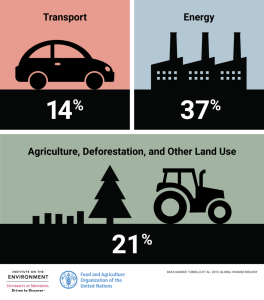 Greenhouse gas emissions from agriculture reached an all time high in 2014, at 5.25 billion tonnes of CO2 equivalents per year (Gt CO2eq yr-1). The data released by FAO (13 June 2016) in the FAOSTAT Emissions database to the year 2014, are the first to be made available to the public and scientific community. They form the base of a new collaborative report on agriculture and GHG emissions by the University of Minnesota, written together with FAO, the CGIAR system and various universities.

Thus the emissions trends observed in 2014 may represent a reversal between fossil fuels and agriculture emissions that should be monitored closely in coming years, as the world energy mix continues to decouple from carbon through increased use of renewable energy sources. By contrast, emissions from agriculture will continue to depend for many more years on crop and livestock processes with inherently higher carbon intensities.