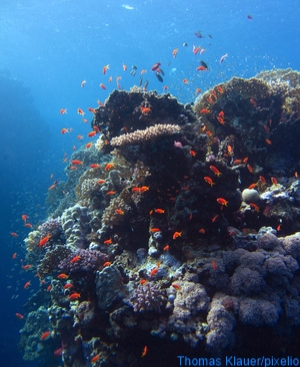 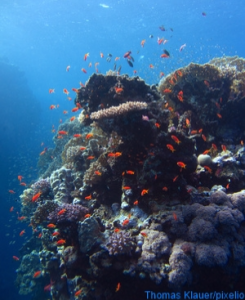 European researchers have found substantially different climate change impacts for a global warming of 1.5°C and 2°C by 2100, the two temperature limits included in the Paris climate agreement. The additional 0.5°C would mean a 10-cm-higher global sea-level rise by 2100, longer heat waves, and would result in virtually all tropical coral reefs being at risk. The research, Differential climate impacts for policy-relevant limits to global warming: the case of 1.5 °C and 2 °C, was published 21 April in Earth System Dynamics, an open access journal of the European Geosciences Union (EGU), and is presented at the EGU General Assembly.

“We found significant differences for all the impacts we considered,” says the study’s lead author Carl Schleussner, a scientific advisor at Climate Analytics in Germany. “We analysed the climate models used in the [Intergovernmental Panel on Climate Change (IPCC)] Fifth Assessment Report, focusing on the projected impacts at 1.5°C and 2°C warming at the regional level. We considered 11 different indicators including extreme weather events, water availability, crop yields, coral reef degradation and sea-level rise.”

The team, with researchers from Germany, Switzerland, Austria and the Netherlands, identified a number of hotspots around the globe where projected climate impacts at 2°C are significantly more severe than at 1.5°C. One of these is the Mediterranean region, which is already suffering from climate change-induced drying. With a global temperature increase of 1.5°C, the availability of fresh water in the region would be about 10% lower than in the late 20th century. In a 2°C world, the researchers project this reduction to double to about 20%.

In tropical regions, the half-a-degree difference in global temperature could have detrimental consequences for crop yields, particularly in Central America and West Africa. On average, local tropical maize and wheat yields would reduce twice as much at 2°C compared to a 1.5°C temperature increase.

“For heat-related extremes, the additional 0.5°C increase marks the difference between events at the upper limit of present-day natural variability and a new climate regime, particularly in tropical regions,” explains Schleussner.

The additional warming would also affect tropical coral reefs. Limiting warming to 1.5°C would provide a window of opportunity for some tropical coral reefs to adapt to climate change. In contrast, a 2°C temperature increase by 2100 would put virtually all of these ecosystems at risk of severe degradation due to coral bleaching.

Also, “Sea level rise will slow down during the 21st century only under a 1.5°C scenario,” explains Schleussner.

William Hare, a senior scientist and CEO at Climate Analytics who also took part in the Earth System Dynamics research, adds: “Our study shows that tropical regions – mostly developing countries that are already highly vulnerable to climate change – face the biggest rise in impacts between 1.5°C and 2°C.”